While defending my runabout argument elsewhere, and the concept of the assumption of parity in general, I noticed that the Cardassian shuttle from "Profit and Loss"[DSN2] I took to be runabout-sized probably is not.

While scaling against DS9 is always a headache thanks to 'dramaturgical' rescalings by David Stipes and the like (leading to widely varying size representations for everything including the station), the best shot of the docking would seem to indicate a vessel two to three times the size of the runabout when compared against later Bird of Prey dockings. 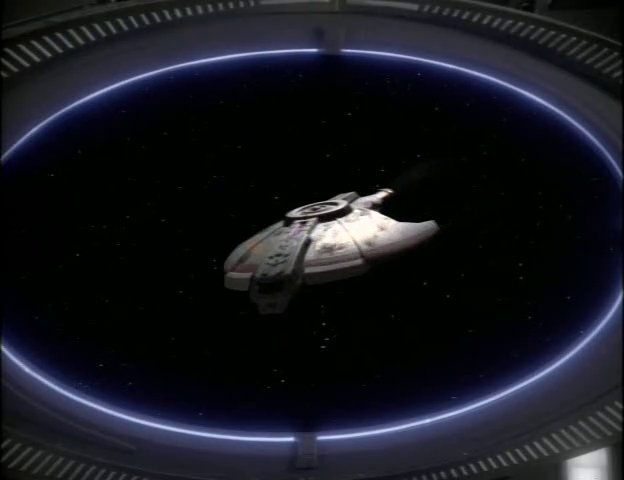 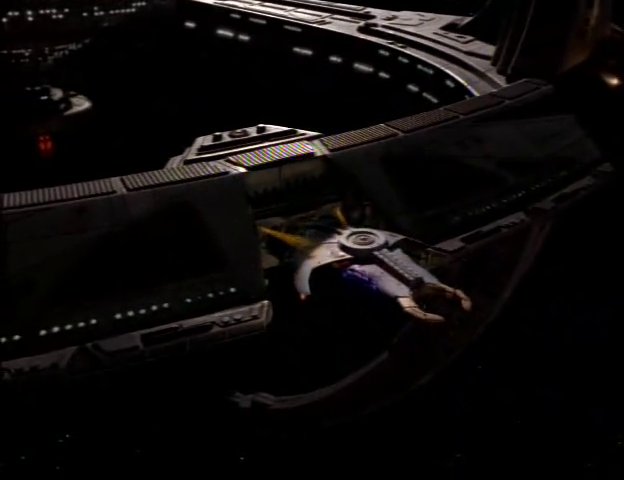 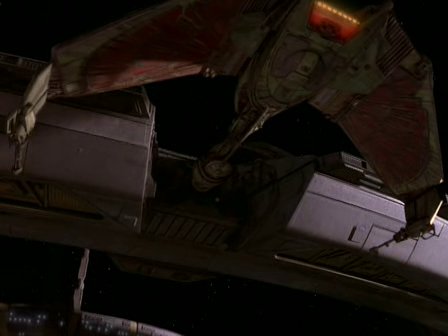 Further, the exact same model appears in "Tribunal"[DSN2] as the computer-identified Cardassian patrol ship, Hideki Class, and while the shot is composed in such a way as to make definitive scaling virtually impossible, the exterior view (as well as the internal image via monitor) is not inconsistent with the "Profit" vessel. 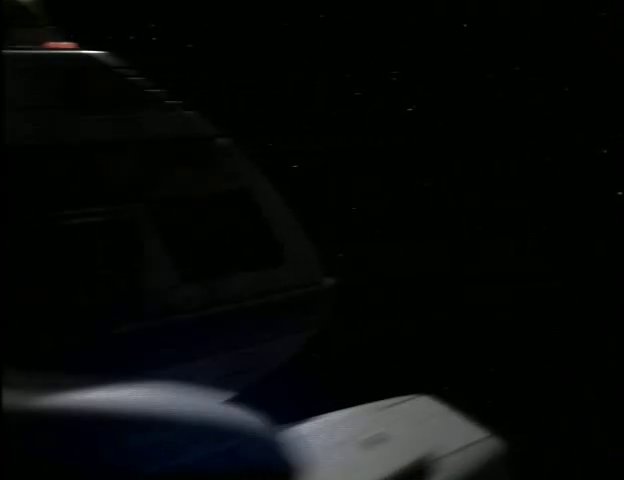 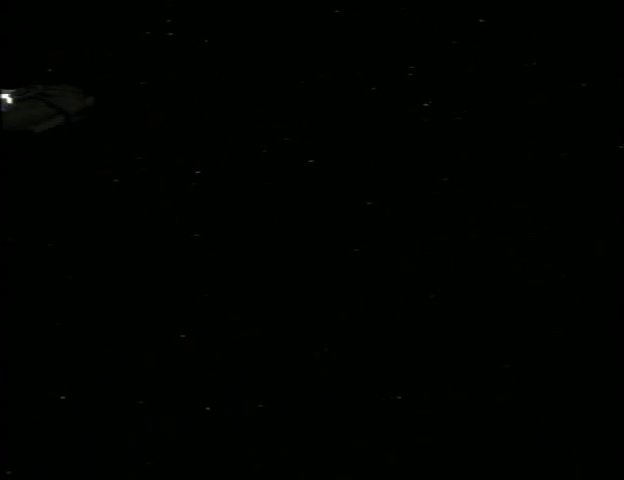 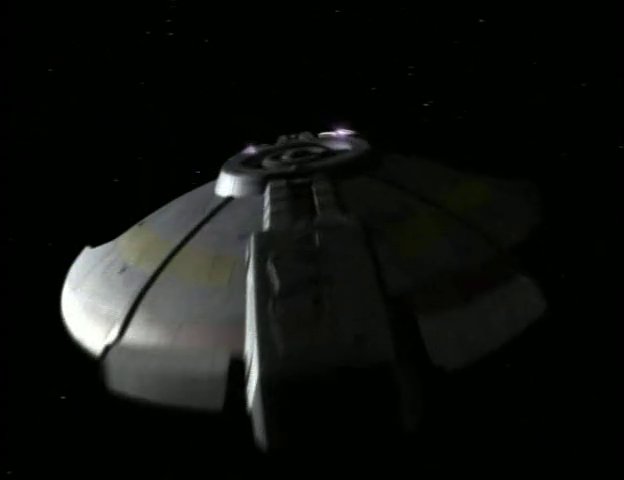 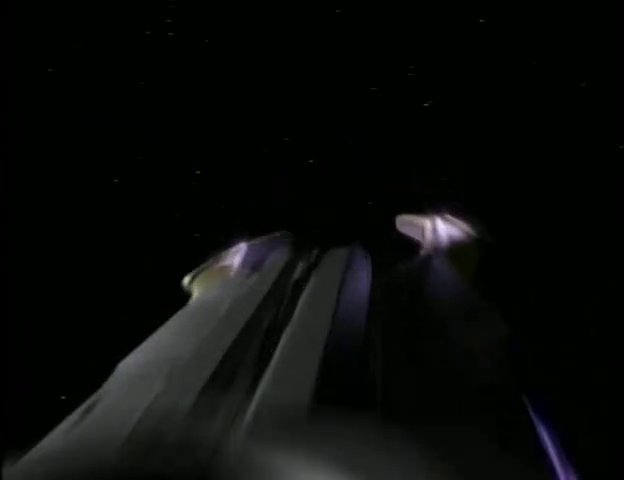 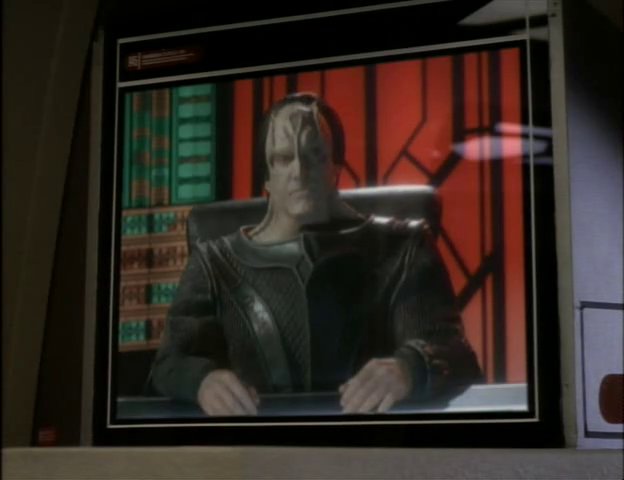 Later fleet shots of a similar hull (usually with a more yellow ochre color and missing what some identify as cockpit windows on the front of the model, though we never saw them lit) are generally larger. 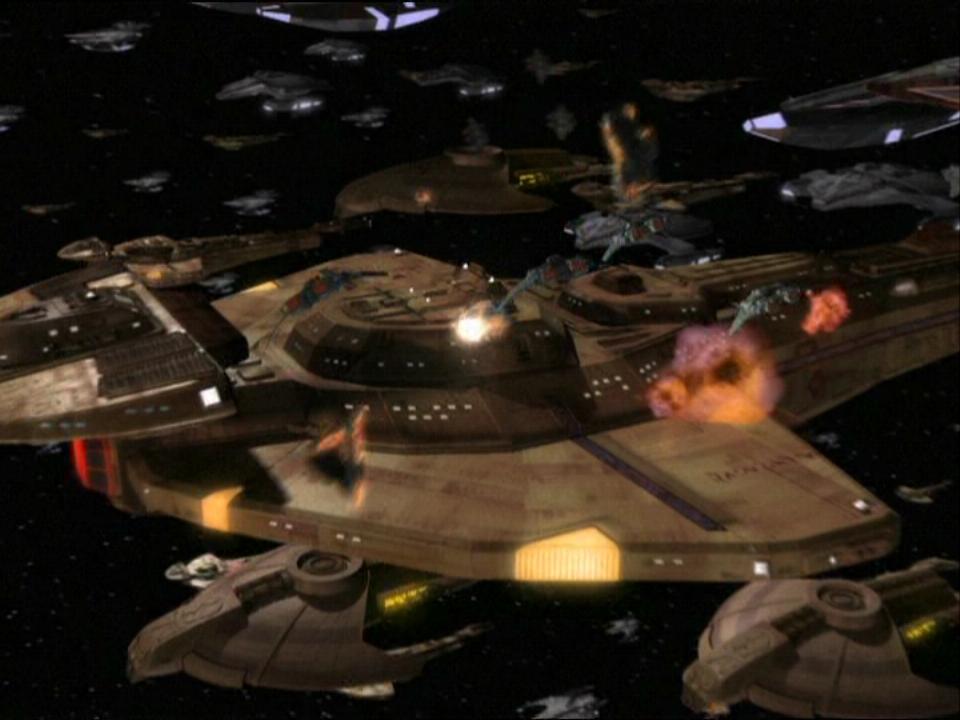 Though there was the Cardassian shuttle from "Tacking Into the Wind"[DSN7] which was runabout size or smaller when compared to a Jem'Hadar attack fighter.  Bernd at EAS suggests the model was modified for this appearance, however.

I would submit that the smaller vessel (identified, like the "Profit" example unfortunately was, as a shuttle . . . though we've seen the runabout-size Romulan shuttle, so whatever) is a true shuttle and should be treated as such.   The "Profit" and "Tribunal" vessels are the Hideki Class.   And the yellow ochre small warships are something else. (Fortunately I never did a volume for a Hideki so there is nothing to fix on the Volumetrics page, but that is also why I had never looked into the ship before.)
Posted by Guardian at 10:42:00 AM