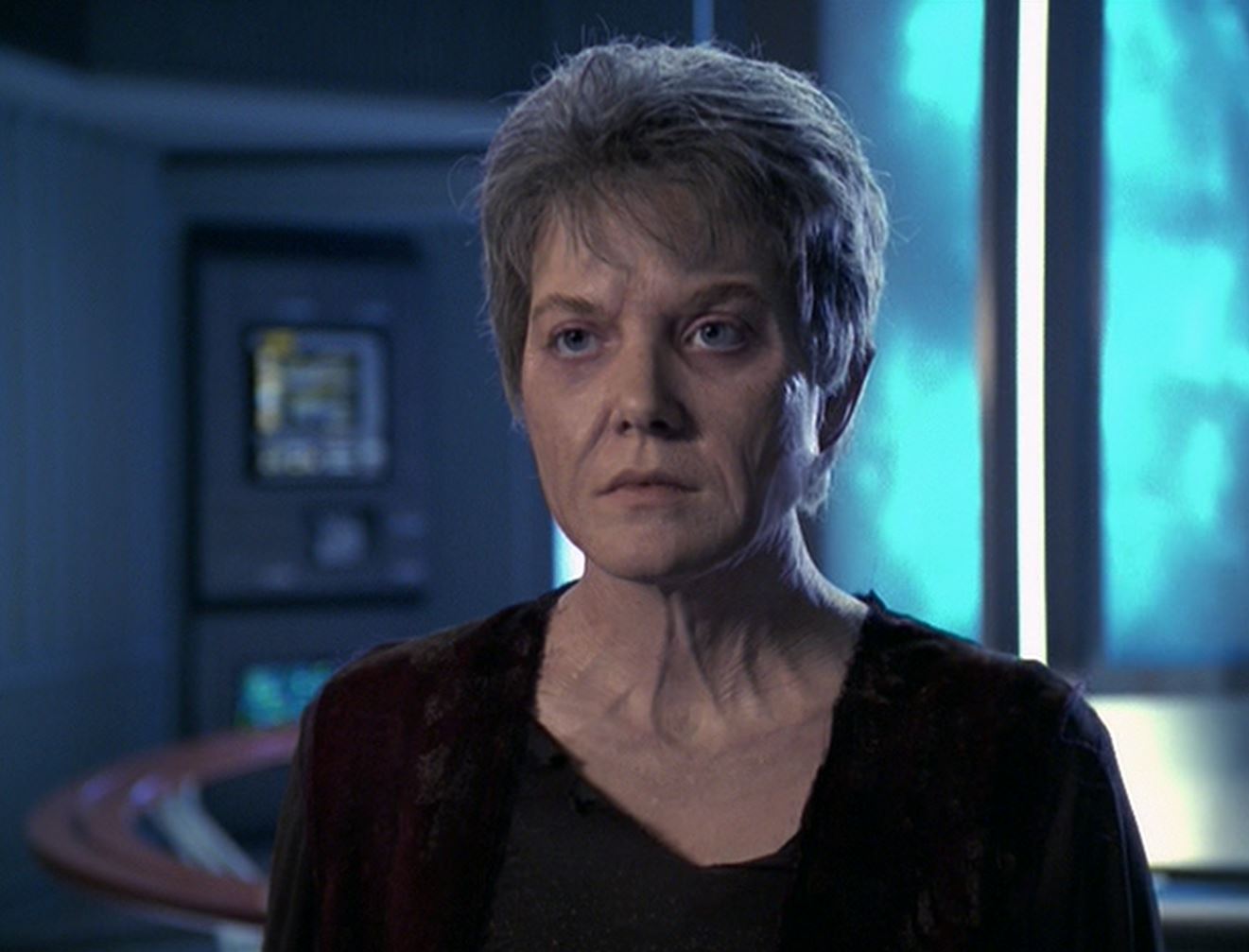 Just kidding about some of those, though disturbingly the quasi-pedo thing and cop car thing actually happened.

Y'know, it wasn't all that long ago I looked her up curious about her post-Voyager life.  At the time, she looked about the same, more or less, and seemed to be leading a normal non-Hollywood life.  Now she's unrecognizable, and not in the normal Hollywood plastic surgery way.  Indeed, with her hair down in "Scorpion" she resembled a former fling of mine (or future fling, I suppose, at the time) and the thought of her flashing and mooning people would have been considered interesting to many males.  Now, not so much,

Anyway, no actual disrespect to Westmore intended, it was just the intro joke.  After all, who'd have ever thought that Kate Mulgrew would look better than Jennifer Lien 20 years later?  The natural trajectory of age sure didn't play out as expected, comparatively speaking.

All kidding aside, though, Star Trek's real ageless Dick Clark is Tim Russ.  For Pete's sake, man, grow a wrinkle or gain some flab or something, will ya?  I appreciate the touch of grey and all, but you're making the rest of us look bad. 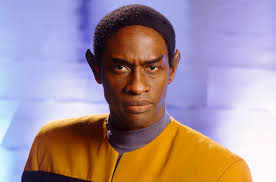 Oh, my Lord, whodathunkit? I thought that she was so cute when she played Kes on Voyager. I couldn't help but notice, though, how this took place in "Harriman," TN. What an "enterprising" woman. (Sorry, I couldn't resist.)