Demo - Accelerating Away at 20g

I mentioned in a recent post that I'd been wanting to do acceleration demo videos.   This is a rough cut, a demo of a demo . . . I really need to use something other than SketchUp for this.

What I did was to position a variety of vessels in front of the camera, all of which (save for the Y-wing which I messed up somehow) with their tails touching the origin line perpendicular to my camera view, and above the "surface". 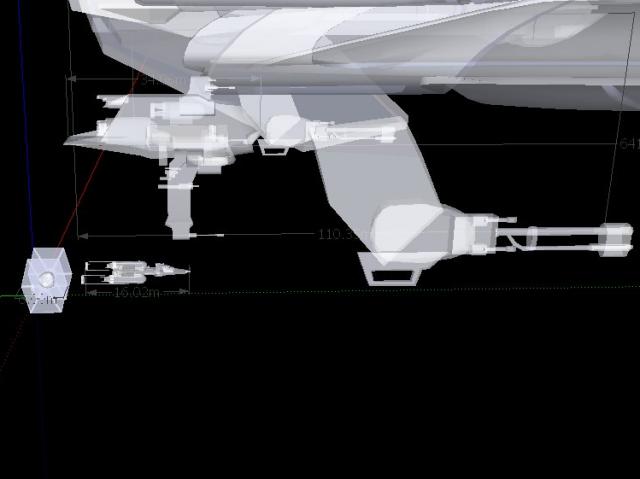 Incidentally, the Twilight and Bird of Prey are not touching. 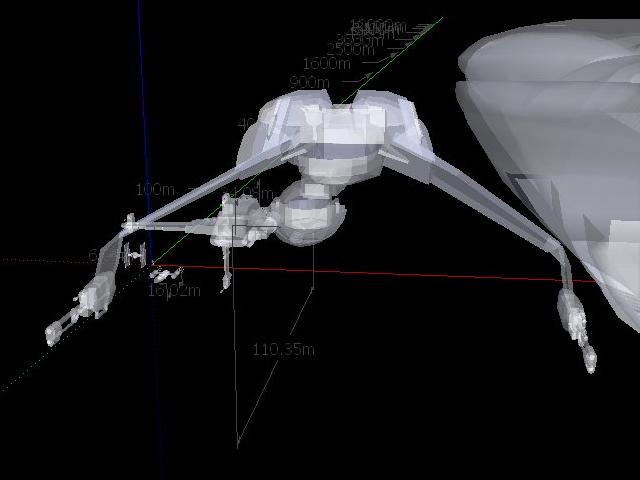 I then placed the camera six meters up on a proverbial pole and at a nice distance away from the origin point, about fifty meters back, so that it was possible to see some of the ships in the first frame.   I suppose I could've had the camera touching a ship but that would basically never happen in a show anyway, so it made sense.

I then made marks and camera poles at the distances where, if the *camera* was accelerating away at 20g or so (which, for ease, is based on a g figure of 10m/s^2 instead of 9.8), the camera would be located at integer seconds.  In other words, assuming a start of zero velocity, I marked the spot where the camera would be at 1 second, 2 seconds, 3 seconds, et cetera, from the camera's start point. 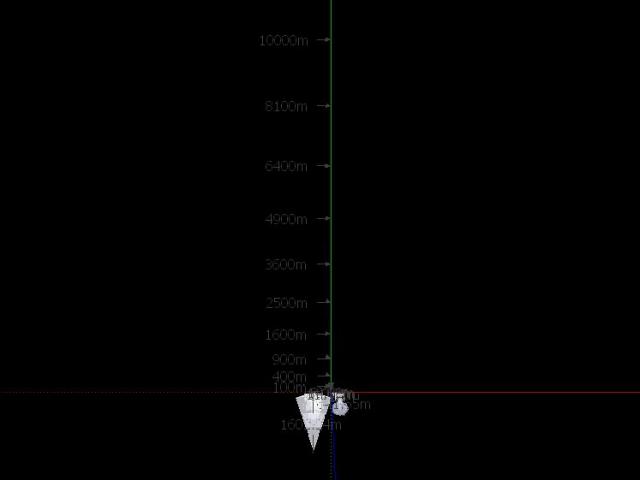 Now, bear in mind, this is effectively a stop-motion video of one-second increments.   I say that because the way SketchUp scenes work, the vessels have no velocity at each scene "frame", and so they basically stop at that point.   And, there is little control of how the ships move in-between frames, so the normal Sketchup technique of ramping up speed then slowing down to stop at the next "frame" is used.

As a result, the ships appear to rush to the next point, stop, rush to the next one, stop, et cetera.  The best I could do was make the stop as short as possible, zero seconds, but the herky-jerky motion still occurs (over and above any jerkiness from the display of too many models).   There may yet be some additional smoothing I can do, but for now this is it.

However, in aggregate, and at one-second intervals, this is positionally accurate, so if you watch the video you will get a very rough approximation of what a ship zipping away at 20g or so should look like.

Since I know now how to do this I may make SketchUp versions for other accelerations until I can get my hands on and learn to use better software for actual motion purposes.

In any case, with the caveats out of the way, enjoy:


Or, for a better version, right-click here to download the file.
Posted by Guardian at 9:17:00 AM